Step one to keeping agreements is knowing when you are making them.

What is an agreement? This is an odd topic for some people. I believe the question to be one of trust and communication. In other words, if the other person thinks you have made an agreement with them and you break it, your trust is affected. Trust is very much intertwined with agreements made, kept and broken. And so it is useful to be clear with people. This is where communication comes in.

Have you made an agreement? There may be a spectrum starting with the most obviously made agreements – signed contracts, or written agreements, or oral agreements where you state “I promise” to do this thing. Then there is the other end of the spectrum where perhaps someone asks you something casual and you say “okay.”

Often when the agreement is less clear, as with the latter type, we don’t take it seriously and we may therefore, not keep it. But the other person still may be expecting you to keep the agreement. And when you don’t, you erode trust.

First, when you recognize that saying “yes” to a request constitutes an agreement to the person making the request, you can then be more clear. You can say things like, “I am not promising. I will do the best I can.” I had a client once who told his boss “I hope I can get to that by Friday.” And when Friday rolled around, his boss said, “where is it?” When my client said “I did not get to it,” boss said, “but you said you would.” Much changed when he stopped saying “I hope I will” and started being more clear. 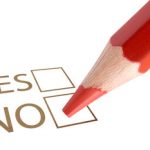 Another way you might unintentionally make agreements is by saying yes to something without a timeline.

Your teenager says, “Will you take me to the mall?”

I have had this experience myself. Now it’s the day of the dance and he does not have the clothes he wanted and he’s upset because I did not take him to the mall. This may be seen as untrustworthiness as well. There are options here. You can blame the other person for not giving you a timeframe, or you can take responsibility for creating clear agreements and you can say, “When do you want me to take you to the mall?”

As a side note, this is also a good way to GET clear agreement from others. When I ask my son to take out the trash and he said, “ok,” I ask him “by when?” He says, “before I go to bed.” Now I don’t have to bug him about it. He will keep his agreement or not and we will know if he has when he goes to bed. The addition of a timeframe also makes it more likely that the person will keep the agreement with you.

So for this next week, be very aware of your agreements:

• If I think the other person is making an agreement, is that clear as well?

What do you want to accomplish next year?  Do you know?  If you don’t, come find out!  You are so much more likely to achieve your outcomes if you take the time to get clear on them than if you do not.

If you know what you want already, you will become clear.  You will set them down in writing and chunk them down to manageable steps.  This is also a brilliant way to get where you want to go!

(The first 5 people who register in 2016 will receive 1/2 hour coaching call with me after the training to receive one-on-one coaching and move you toward your 2017 goals!)