I have had so much feedback since my post last week – A Thanksgiving Prayer (http://www.mclarencoaching.com/a-thanksgiving-prayer/), that I wanted to followup. Seems the idea that people want to help resonates for a lot of people. My favorite response was this one:

Your blog post reminded me of one of my favorite quotes from Mr. Rogers:

“When I was a boy and I would see scary things in the news, my mother would say to me, ‘Look for the helpers. You will always find people who are helping.’” 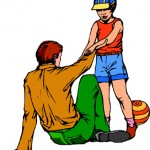 And so for this week, when you are feeling low or down on humanity, here is my challenge to you – look for the helpers. There are always helpers and usually so many more than you see at first. In coaching, one premise is this — we see what we choose to see. Stated differently, and this is worth writing down and taking with you:

We see what we expect to see.

This premise is true in relationships and elsewhere in life. We make up stories (sometimes called beliefs) and we decide they are true and the nature of our brain is then to go out and look for evidence that our stories are true. But they are often not. Indeed, I would go so far as to say they are never entirely true. We make them true by looking for evidence of their truth and by filtering out evidence to the contrary.

For a simple and relatable example, perhaps your experience in a relationship is that the other person — your spouse, or your boss, coworker, teenager — does not listen. After a few years of experience, it becomes the truth for you – a rule, a belief. Then no matter what behavior that person displays, you will look for – and you will find – evidence that she does not listen. The truth, however, and go out there and check me on this, is that there is always evidence to the contrary. And amazingly, you can build a different belief when you actively look for evidence.

In these times, some people become frightened about what is happening in the world and they begin to look for evidence that people are violent, unkind; that the world is a dangerous place. Ironically there is so much more evidence that the world is a good and safe place and that people will always have your back. Look for it. Comment on this post and share your examples of where you see it. 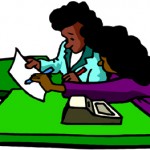 Look for the helpers.