Recently, I read a quote by Margaret Mead:

“Never doubt that a small group of thoughtful, committed citizens can change the world.  Indeed, it’s the only thing that ever has.”

There are so many quote reflecting the notion that the whole is greater than the sum of it’s parts.  But we tend often to be siloed in our companies.  So for today my question is, where can you collaborate? brainstorm? foster teamwork?

If you are on a team that is not functioning at maximum capacity, where can you become more thoughtful, committed citizens and begin to row in the same direction? 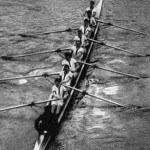 Often mistakenly attributed to John F. Kennedy is a similar notion:  “A rising tide lifts all boats.”  Often in our nation, we value independence over asking for help, support and teamwork.  But that is the hard way to do things.  My challenge to you today is to find your team (even a team of 2).  You may not change THE world; but you will change your world and accomplish so much more than you ever could alone. 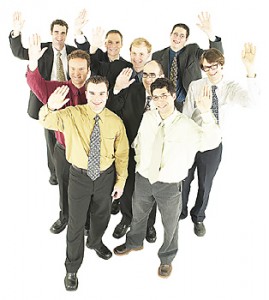